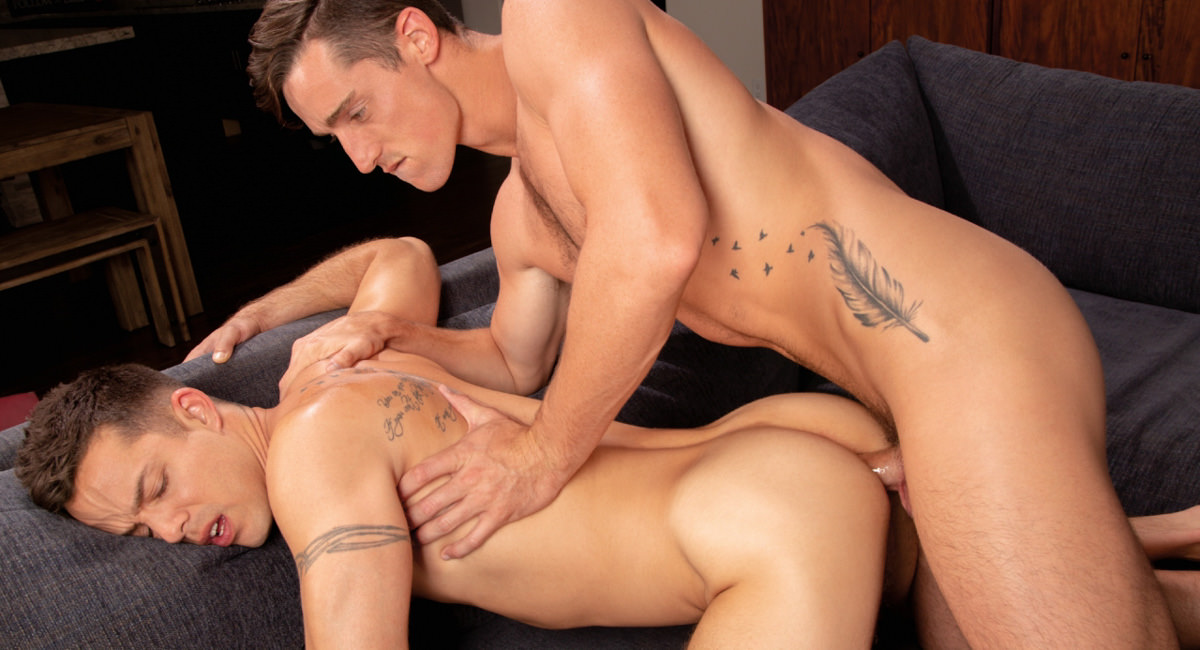 Nic Sahara walks in after a long day and finds Steven Lee relaxing on the couch. After Steven asks Nic how his day was, Nic immediately gets excited and hops over the couch to lock lips with Steven. As the kissing gets more and more passionate, Steven is bulging thru his shorts. Nic quickly slides them down and immediately takes every inch of Stevens big cock in his mouth. Soon the two are naked and Steven returns the oral favor, pleasing Nic moving from dick to ass. Steven lays down on the couch for a 69 session with Nic riding his face, while Nic keeps taking Steven’s inches down his throat. Nic is eager to take all of Steven’s girthy cock inside him so he hops up and takes Steven’s bare dick for a ride with his inviting hole. With Steven throbbing, Nic climbs on top to feel the massive pole all the way inside of him. When Nic wants to give Steven the reins, he bends over the couch to let Steven pound him from behind. Nic can’t get enough and switches to his back so he can watch Steven go all the way in and out. Steven keeps drilling Nic’s hole until Nic strokes a puddle of cum all over his abs, followed by Steven shooting his load all over Nic’s sloppy wet hole.
- Advertisement -