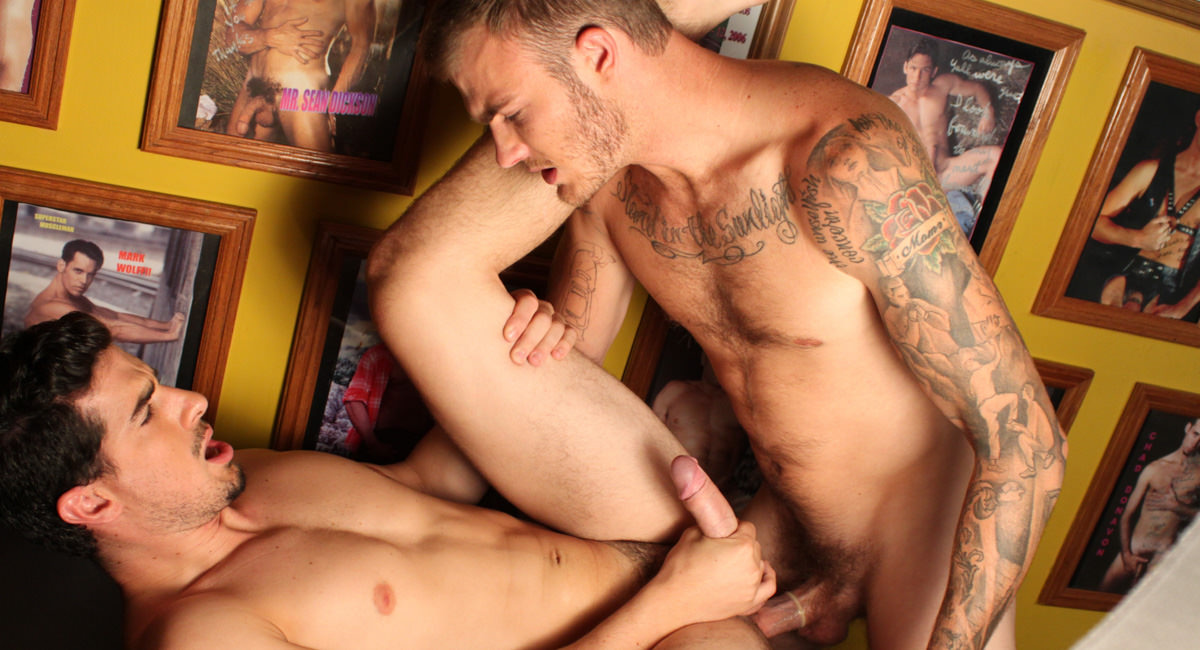 The party is on, but someone’s out of favors. Tyler Alexander, looking shady, attempts to enter Grindhouse – to ‘see a friend,’ he claims – but is blocked at the front desk by Christian Wilde. After a brief scuffle, Christian says he will call the cops on Tyler. Within seconds, Tyler is on his knees in the hallway of the club, sucking off Christian in return for a little leniency. But if he expects Christian to go soft on him, he’s in for a shock. Christian bends him over and fucks him with a vengeance – then throws him out of the club. But Tyler’s left more than a little evidence behind, and when Adam Killian stumbles across it a few minutes later, the fuse is lit for the real fireworks to begin.
- Advertisement -