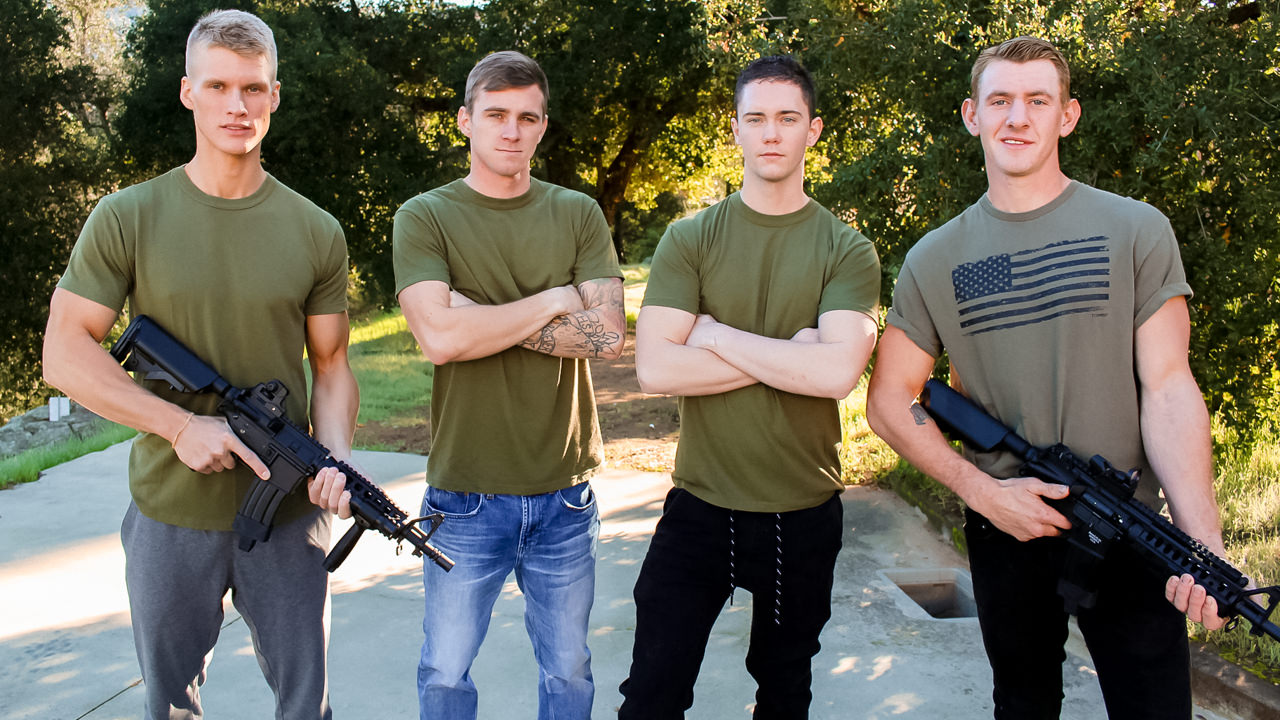 It’s four times the fun as these three Phoenix Rivers, Logan Lane and Ryan Jordan, welcome Blake Effortley back to the fold. These guys put on a little show of affection as they take turns sucking and fucking each other, trading partners with each other before having a little jerk off contest all over Ryan Jordan’s face. It’s been a while since he’s had some dick, and now he’s got his pick of the group, as each guy takes his turn wagging it in his face before unloading all over him as Ryan takes load after load and begs for more. <br></br>Enjoy!