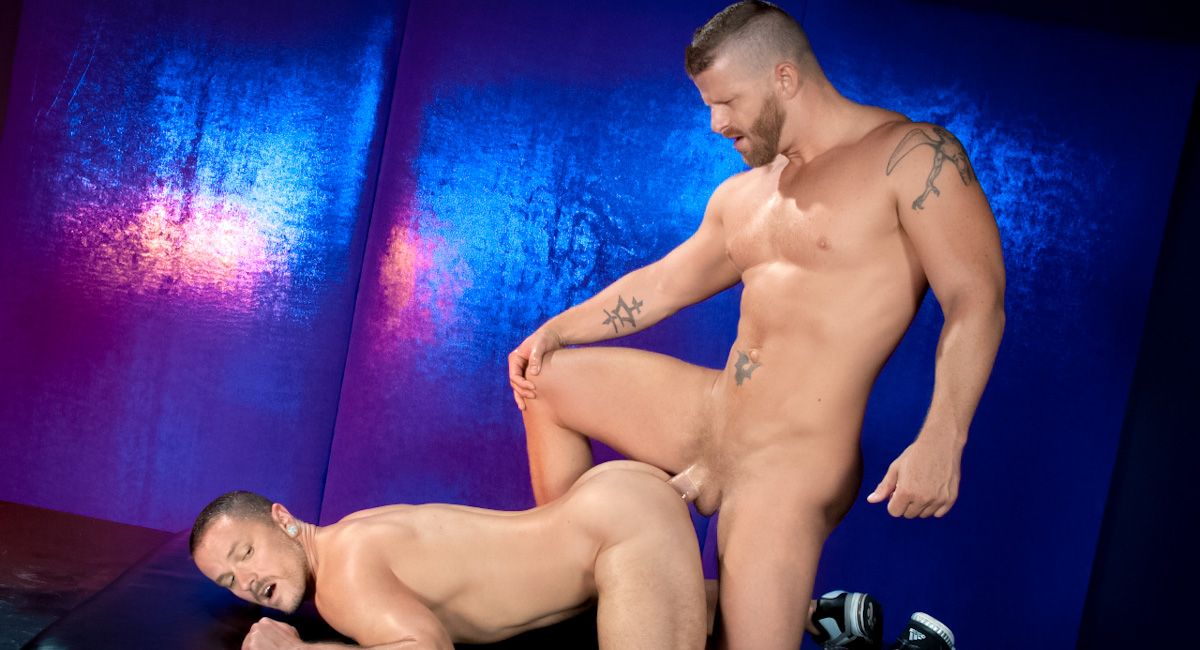 Jeremy Stevens and Max Cameron connect at two places: the tips of their cocks and the tips of their tongues. Hands cross over and each grabs the other’s dick. Burly Jeremy has a broad chest lightly dusted with dark blond hair. His traps and delts clench when he leans back to support himself while Max sucks him. Jeremy’s hips pump reflexively as he goes into a rhythmic face-fucking. Max assumes the position on all fours and Jeremy spreads the hot ass cheeks and dives in. Pushing against Max’s butt-hole, Jeremy’s tongue laps furiously prepping Max for his cock. Jeremy lines up and plunges deep into Max in a single stroke. Max clenches his fists as hard as he clenches his ass muscles around Jeremy’s cock as he pushes back to take more. Jeremy hoists Max completely off the ground, only to slam him to the mat and resume the pounding. Max loves the physicality of it all, the feeling of his balls smashing against Jeremy’s abs. He wants Jeremy to cum in his face, and he spews a load that triggers Jeremy to do the same.
- Advertisement -